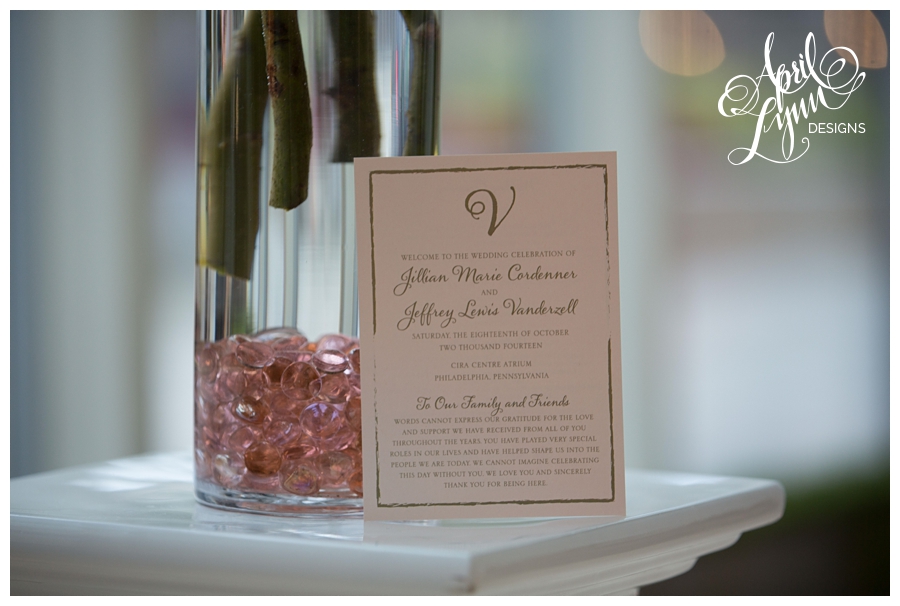 Jillian and Jeff were married at the Cira Centre in Philadelphia on October 18th, 2014. I created their wedding invitations using blush metallic cardstock and gold lettering, since their wedding colors were blush and gold. Duca Studios was kind enough to supply these outstanding photos of Jillian and Jeff’s special day! 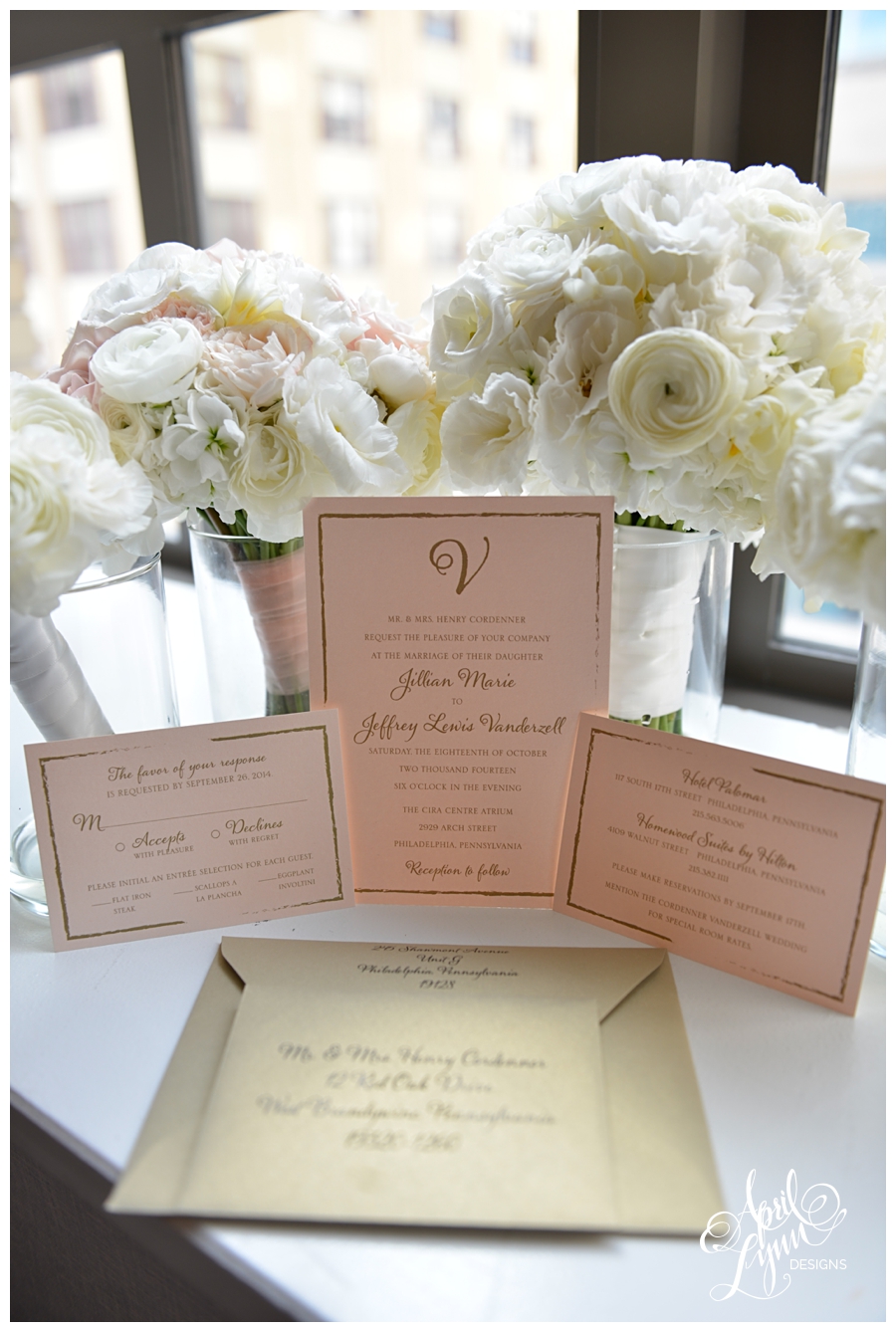 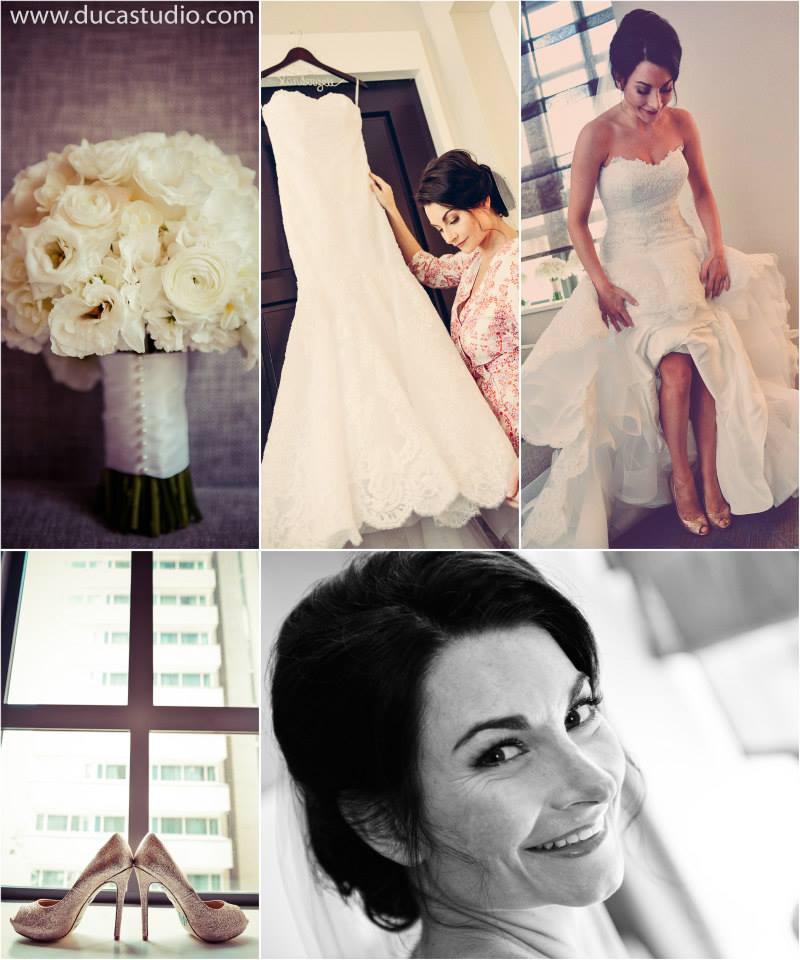 Hotel Palomar is a boutique hotel located in Rittenhouse Square. Its art deco design makes it the perfect location for a modern, urban-chic wedding photo shoot! That’s why Jillian and Jeff chose it for their getting-ready location. Jillian looked so beautiful in her strapless mermaid-silhouette gown and glittery blush platform heels. 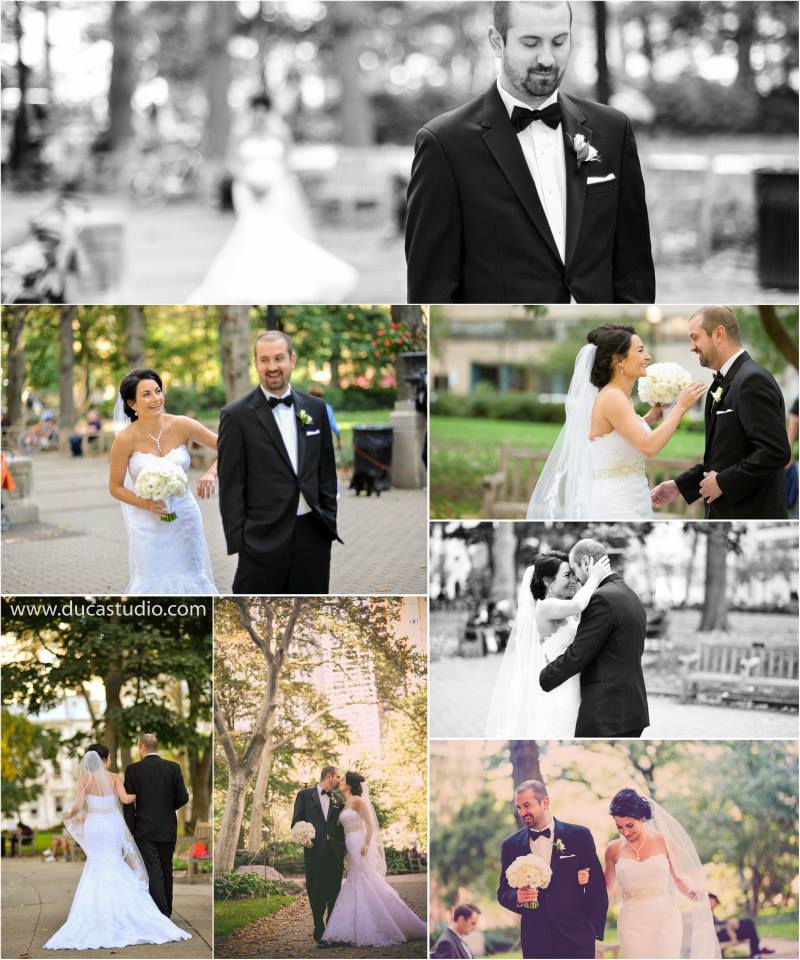 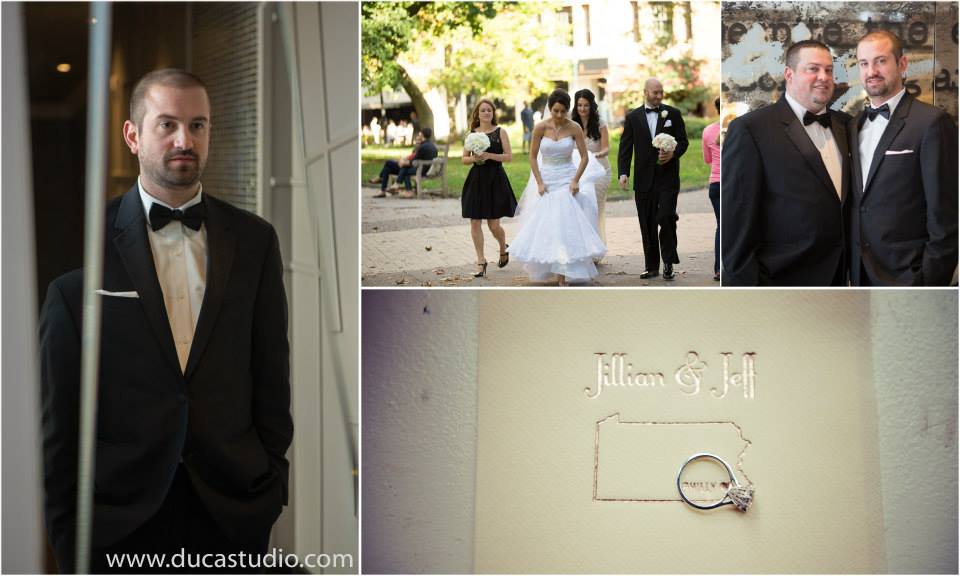 Jillian trekked across Rittenhouse Square to meet Jeff for their first look. From the look on his face when he saw her for the first time, it was worth it! 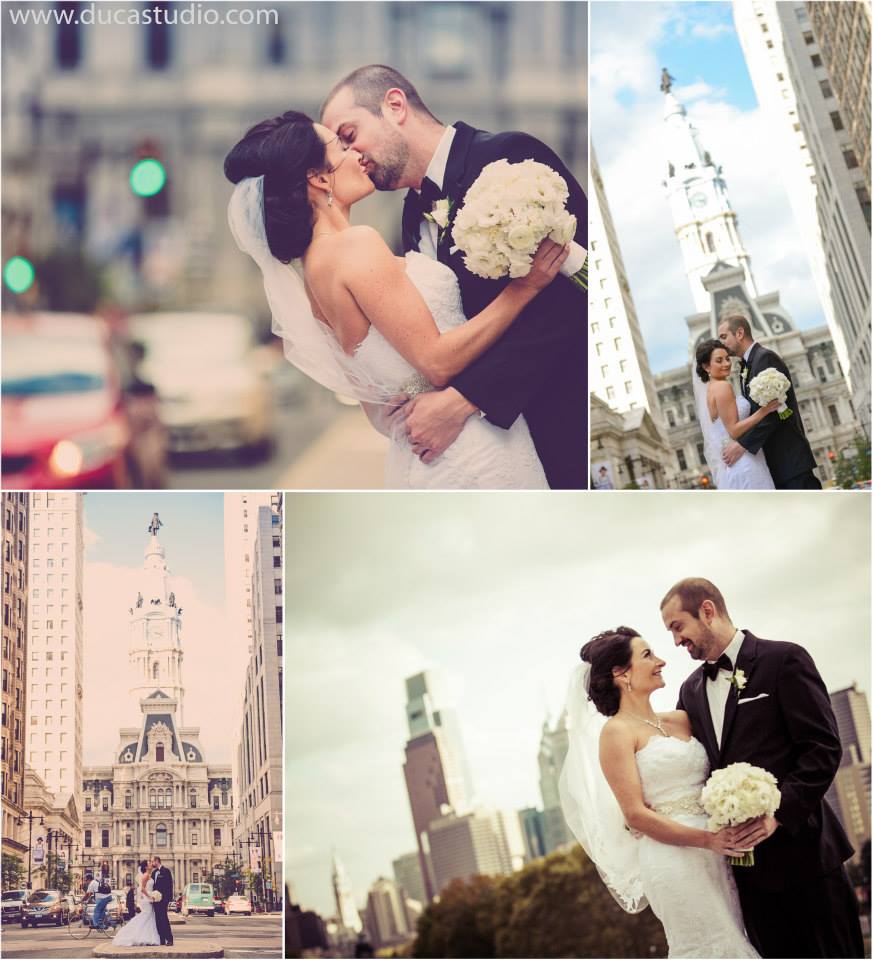 Center City has an abundance of locations for outstanding wedding portraits. Somehow, Jillian and Jeff narrowed it down to two: Broad Street (with City Hall as a backdrop) and the Philadelphia Museum of Art. Check out that Philadelphia skyline in the background! 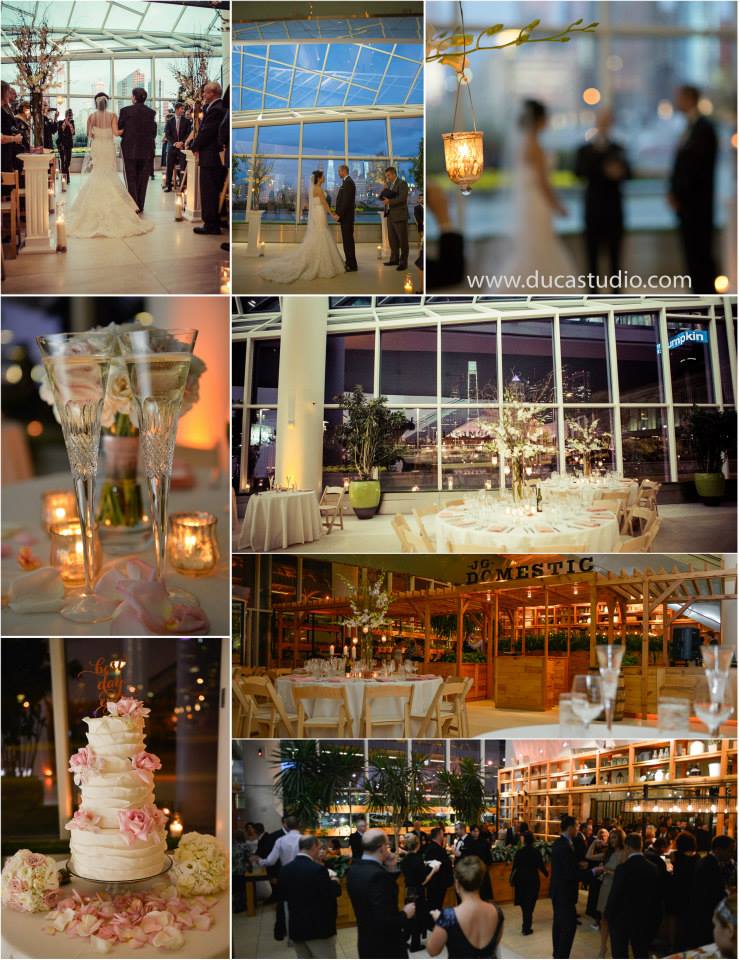 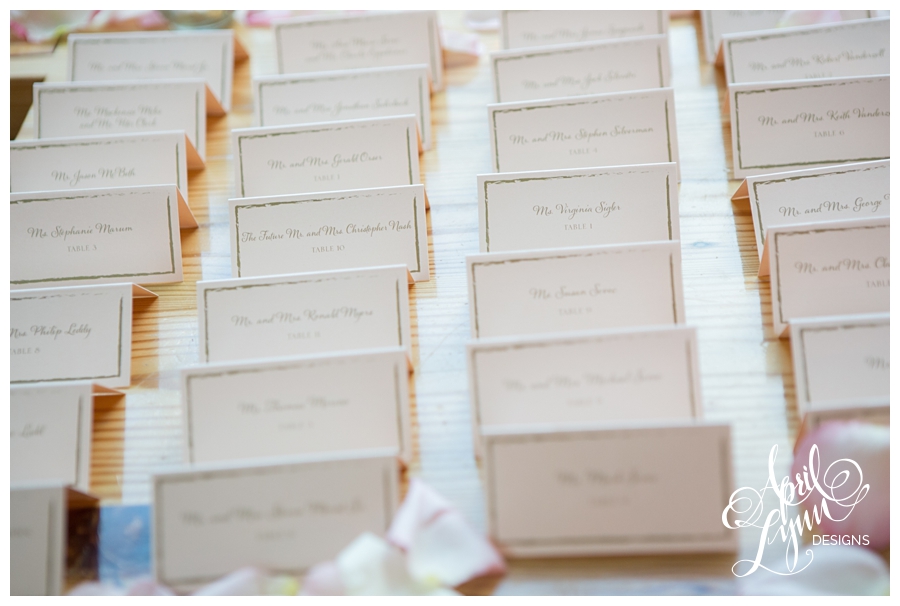 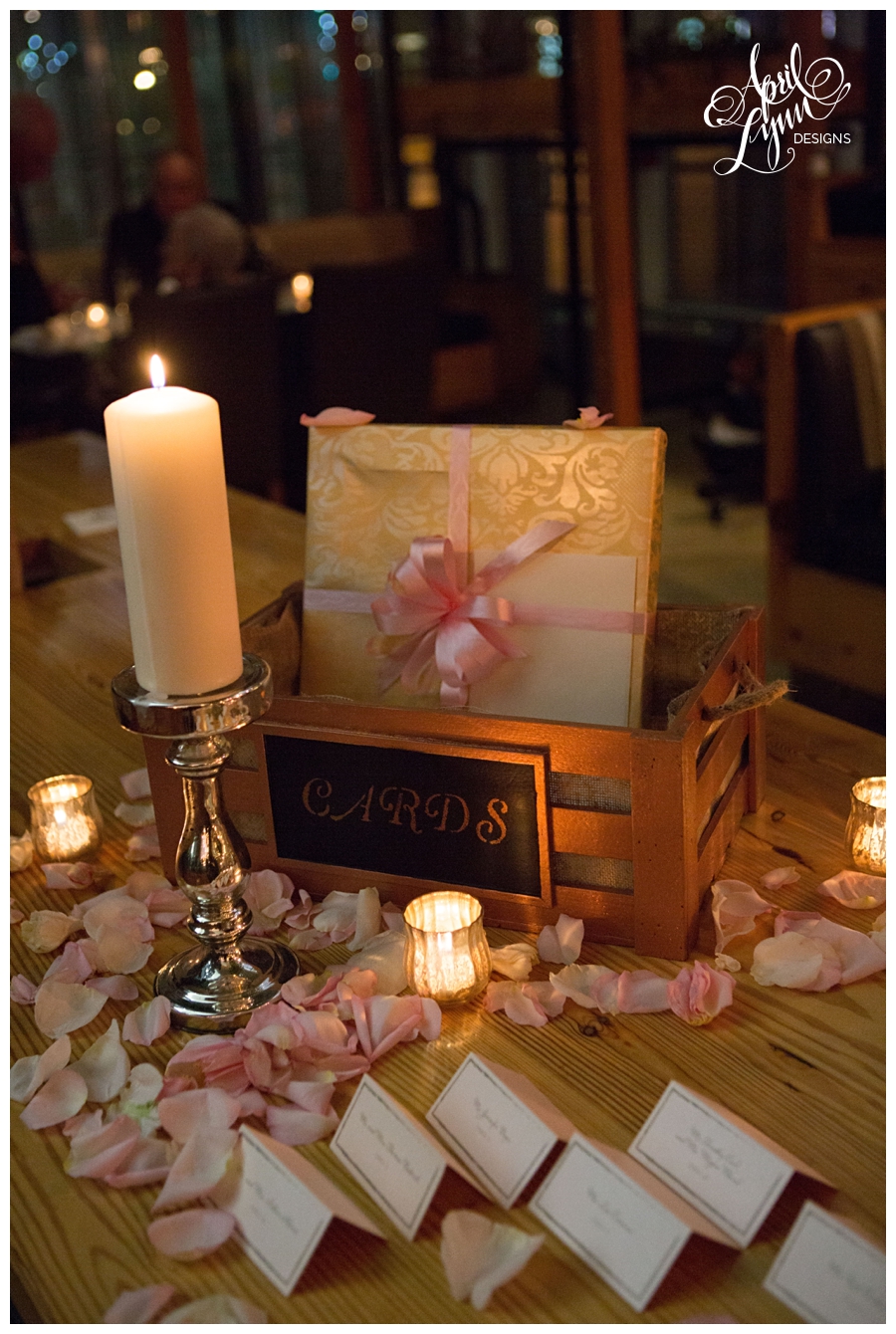 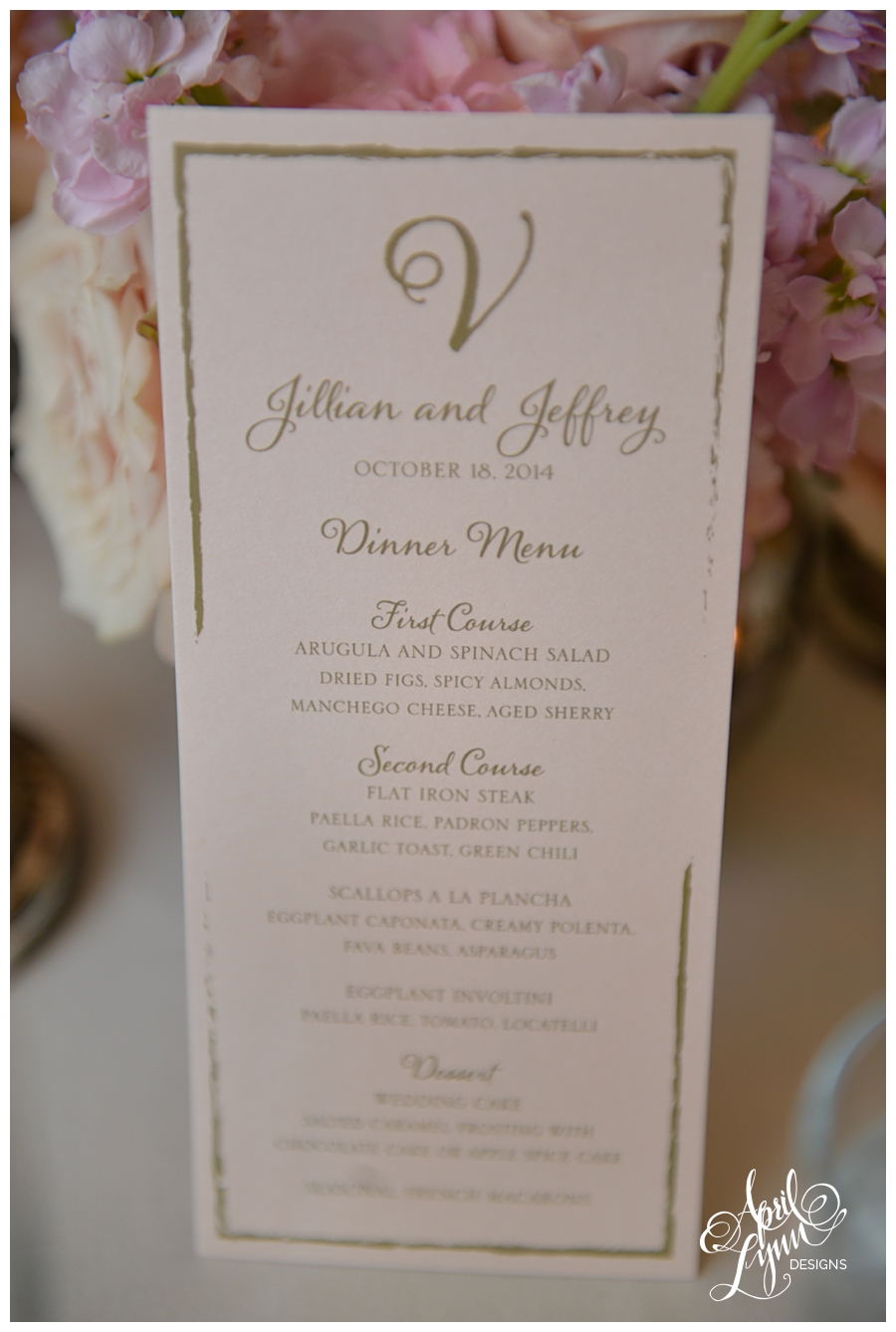 Jillian and Jeff wanted an urban-chic wedding with touches of rustic elegance. There’s no better venue for that aesthetic than the Cira Centre Atrium! Managed by the Garces Group, it offers modern architecture, jaw-dropping skyline views, and of course, gourmet cuisine courtesy of J.G. Domestic.

Jillian and Jeff’s ceremony took place in the glass-walled atrium with the Philadelphia skyline behind them, just as the sun was setting. Their cocktail hour was inside the restaurant while the reception area was being set up, and once it was, the elegant rustic scene was set!

I made ceremony programs with the same blush cardstock and gold lettering as their wedding invitations, with escort cards and dinner menus that matched. The “V” monogram made appearances throughout Jillian and Jeff’s day-of stationery–that stands for Vanderzell, their new shared last name! 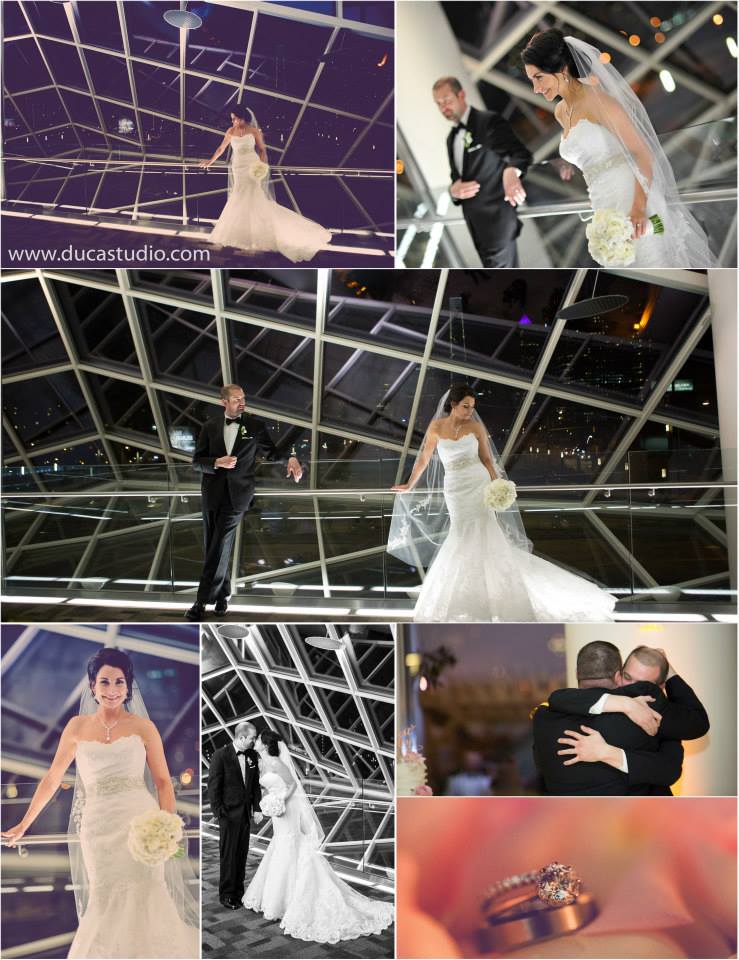 Jillian and Jeff snuck upstairs for some last-minute couples’ portraits. Aren’t these to die for?

You guys, your wedding was unforgettable! I have no doubt that your marriage will be just as incredible.