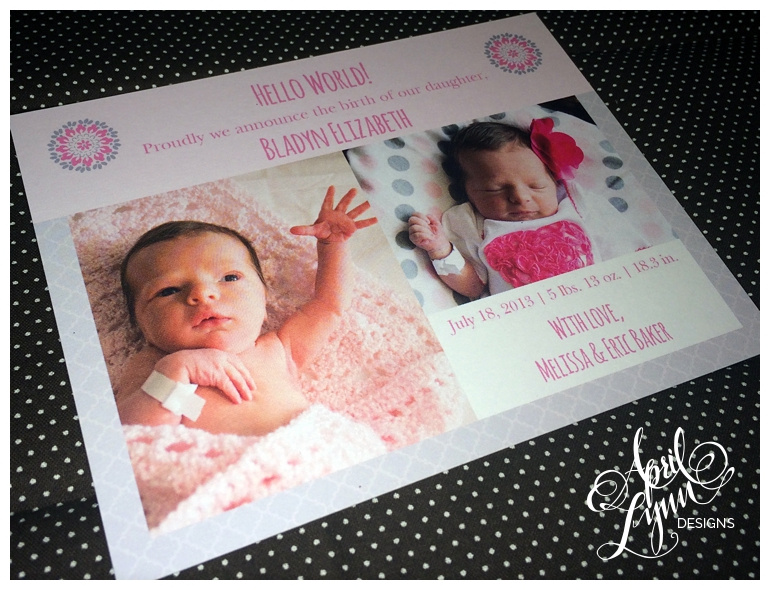 Bladyn Elizabeth just celebrated her first New Year’s in the world, but it wasn’t so long ago that her mother, Melissa, was asking me to create her daughter’s birth announcement.

Bladyn’s nursery was designed around the Pottery Barn’s Dahlia Nursery Bedding, so Melissa wanted a similar design for the birth announcement. The gray and pink circles in each corner are reminiscent of the gray and pink medallions that adorn the sheets of Bladyn’s crib, and the lattice pattern behind the pictures of Bladyn–isn’t she precious?–matches the pattern on her crib’s bumpers.

Melissa and Eric, you have such a beautiful baby girl! I wish your family all the best in the new year.