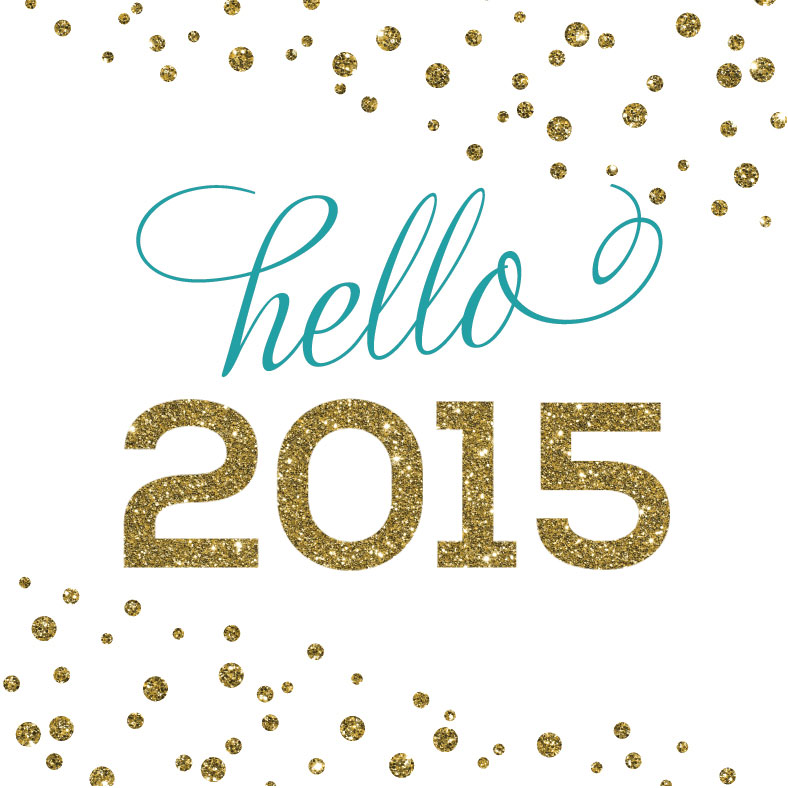 Wow. I cannot believe 2014 is now behind us and 2015 is here! The past year went by like a flash, but somehow, I still found the time to achieve so much as a Philadelphia stationery designer.

Remember the New Year’s post I made last year? It was right after we rebranded and revamped the April Lynn Designs website. I listed several things I hoped to achieve in 2014, including:

– Venture into categories of stationery that I haven’t explored before.

This year, I’d like to recap how I did with meeting those goals, and make some new ones for 2015. Since last January, I was able to make a huge amount of progress on my New Year’s resolutions. Here are some of my proudest achievements:

– I absolutely love the direction April Lynn Designs is headed. Rebranding is exactly what we needed to push us to the next level! We created a new logo and website, and changed our name.

– We worked with so many fabulous couples in 2014! Our number of weddings doubled compared to the weddings we had the pleasure of working on in 2013. That’s more success than I could’ve imagined at this time last year.

– We participated in quite a few styled shoots!

This Game of Thrones-inspired shoot took place at the Merion Tribute House and scored a feature on Every Last Detail.

The inspiration for the She Walks in Beauty shoot, featured on Burnett’s Boards, came from a Lord Byron poem.

The theme for this shoot was “Treasury of the Sea”. It scored a double feature on both Every Last Detail and Floridian Weddings!

Our work on the Maleficent-inspired gothic-chic shoot even resulted in our getting published in print for the first time, in Munaluchi Bride Magazine’s fall issue!

– We were invited to become a vendor on Style Me Pretty’s Little Black Book and were included in The Knot’s Best of Weddings 2015. We were also voted #2 on the Philly Hot List for Best Wedding Invitations of 2014.

– I am still working on the finding balance thing : )

– Push my business to the next level and work with even more couples!

– Participate in more styled shoots. Hopefully, this will include the chance to work with more new wedding vendors. We would love to work with more vendors across the country too! That was one of the best things about the Treasury of the Sea shoot–I got to work with some of Florida’s finest, including Emily Grace Design, E. M. Anderson Photography, Ruby Reds Floral and Garden, and Sweet Weddings Cakes.

– Create a line of non-custom wedding invitations. Expand my website to offer some non-custom options.

I hope you’ll follow April Lynn Designs as we continue in our journey through 2015! Happy New Year, everybody.