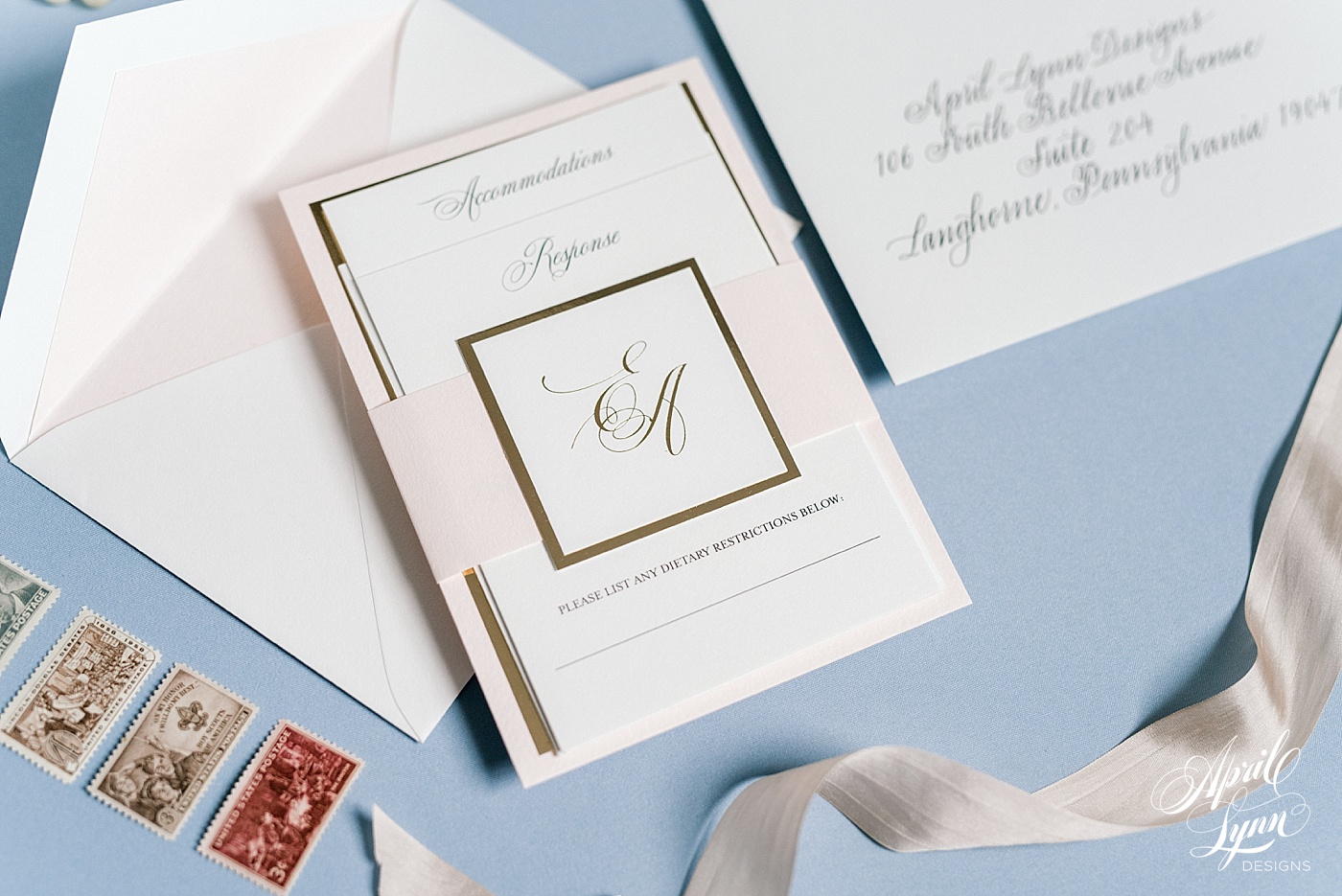 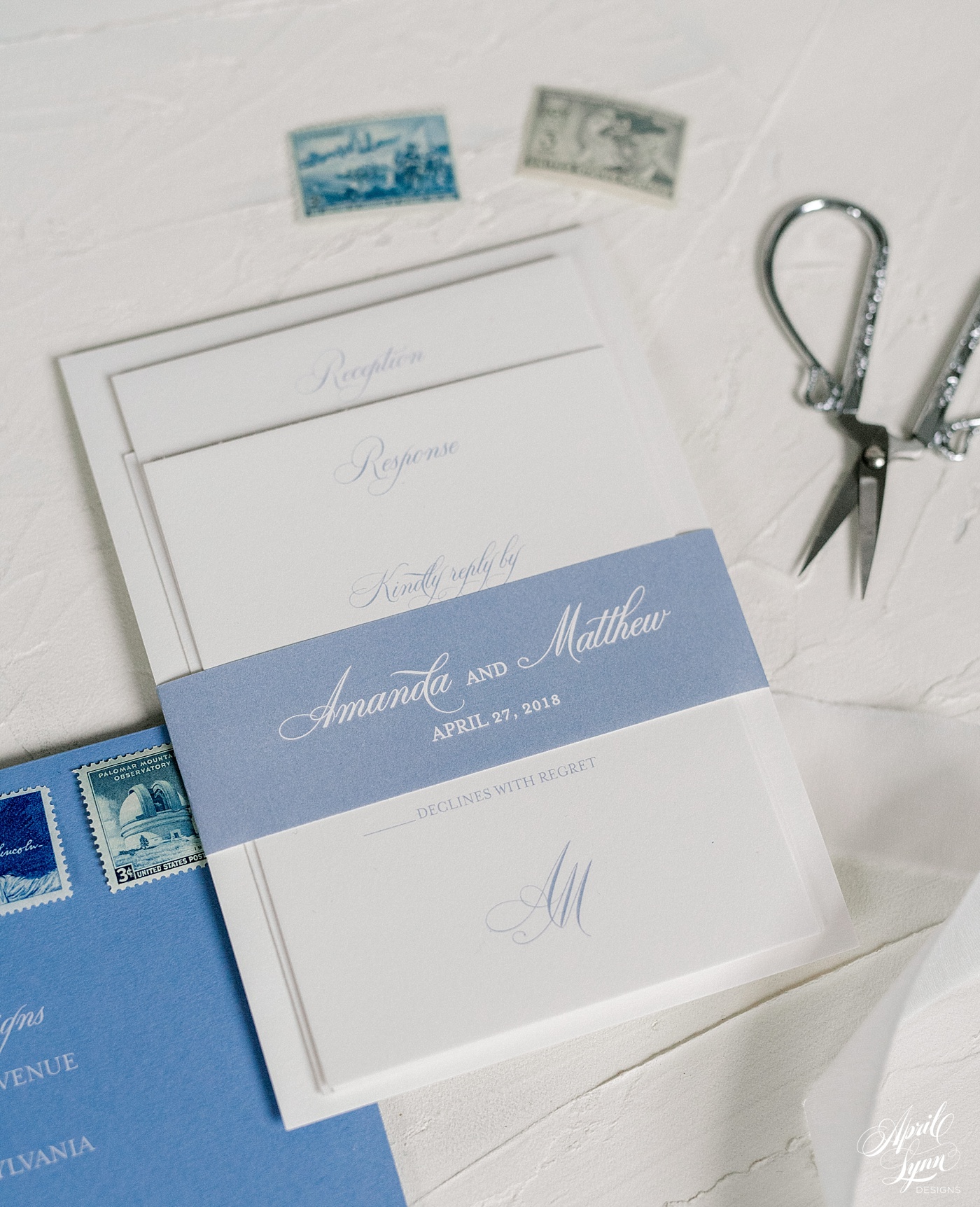 All About Wedding Monograms

One of the most popular wedding details I am asked to design for save the dates, wedding invitations, and day of stationery is wedding monograms. It’s a timeless piece to include, and it’s also one of the most personal. Today, I thought I would dive a little deeper with you into the history of monograms, which monogram to choose, and how to use them. Shall we? 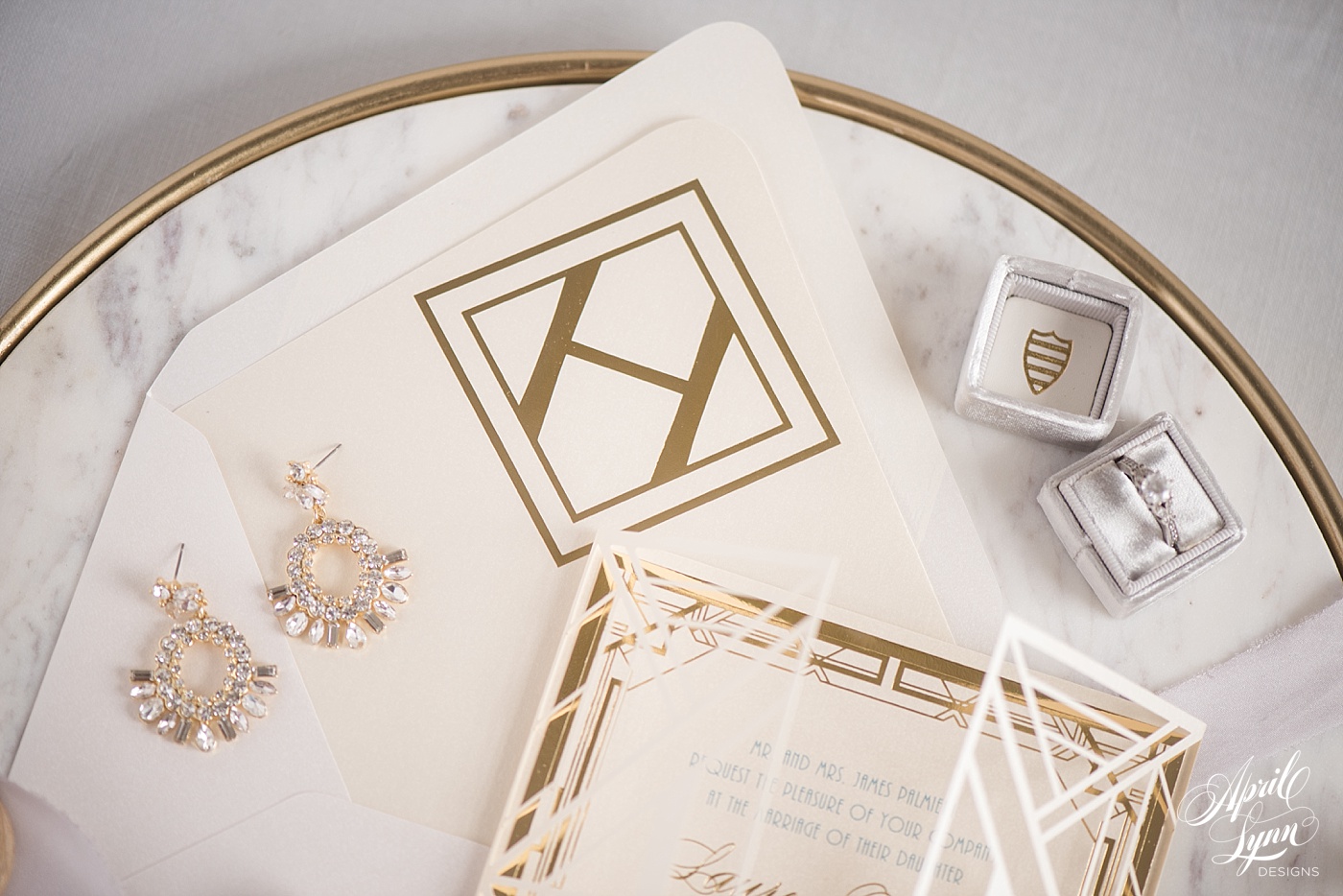 I always love learning something new about stationery in particular, and I came across this article that talks about the history of monograms. I found some of the notes fascinating! For example, did you know monograms were first used by the Greek and Roman emperors? I had no idea! I also loved learning monograms were used as placeholders for royal signatures and also on seals (something that’s still popular today – see below!). Monograms never cease to inspire.

When couples decide to use a monogram, they typically choose one of three styles – a single monogram, a two letter monogram or a three letter monogram. The differences between the three are minor, but they’re definitely worth sharing. 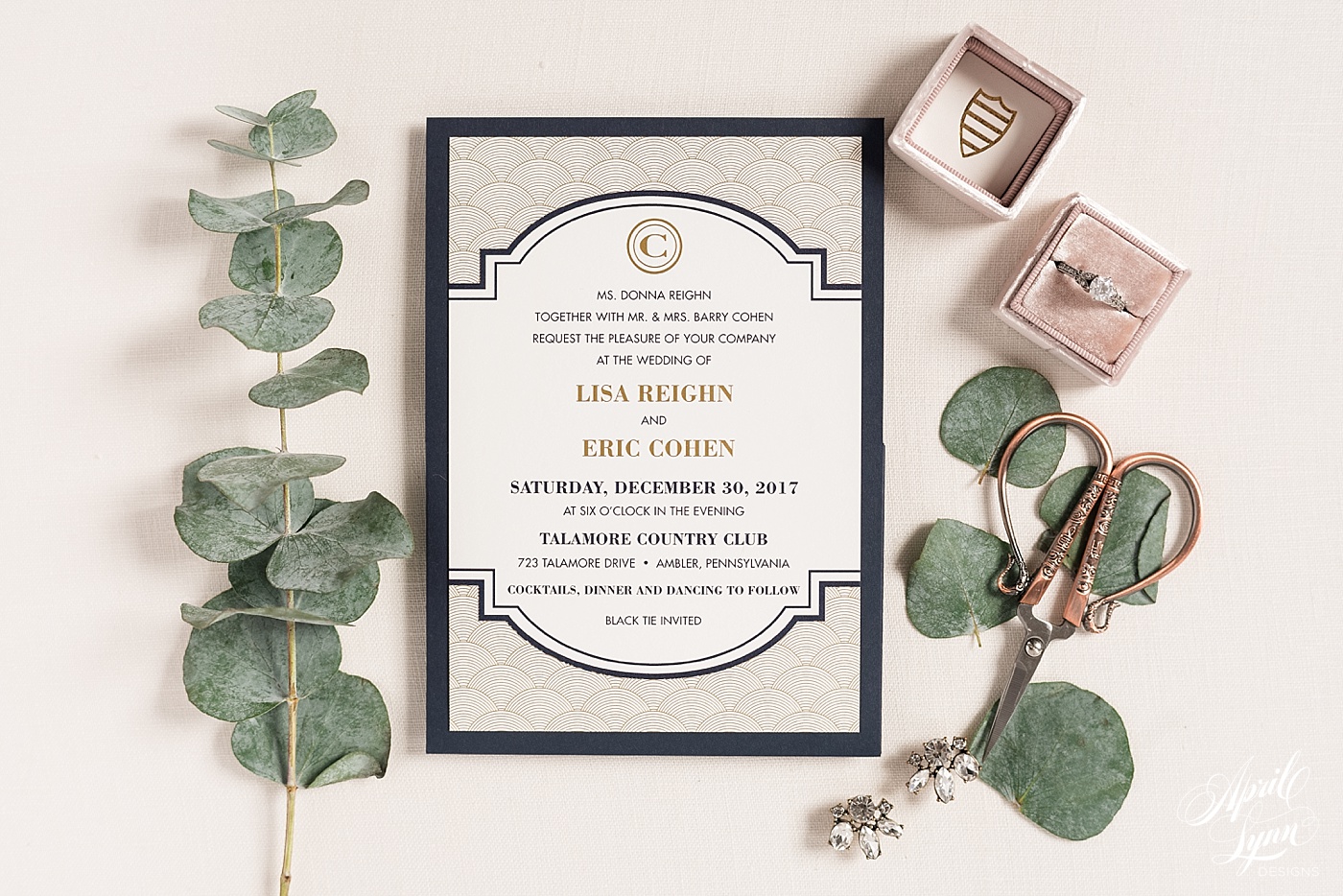 A single letter monogram can be used in a few ways:

Pre-Wedding Events: A single letter monogram is a lovely addition for the stationery surrounding a wedding, particularly the bridal shower or bachelorette party. When used for these events, you can opt to buck tradition and use the bride’s first initial. Think about placing the bride’s first initial on top of a wedding invitation or even as a backdrop with text placed on top. You could also carry the monogram onto other stationery pieces, like escort or place cards, menus, favors, or thank you cards. The options abound!

Wedding Stationery: The difference between using a monogram for a bridal shower versus a wedding day is the first initial of the couple’s new shared last name is what is most often used. Using the first initial on save the dates, invitations, and wedding stationery represents a more modern take on monograms. Plus, if you’re not planning a preppy or classic wedding, using a single initial monogram will be a bit less conspicuous.

I am a huge fan of using a double letter monogram. This type can be used throughout all of your stationery and can include the first initial of both of the couple’s first name for anything wedding related, or it can include the first initial of your first and last name if it was to go on a shower invitation. The use of first-name initials requires only that the bride’s initial comes first. 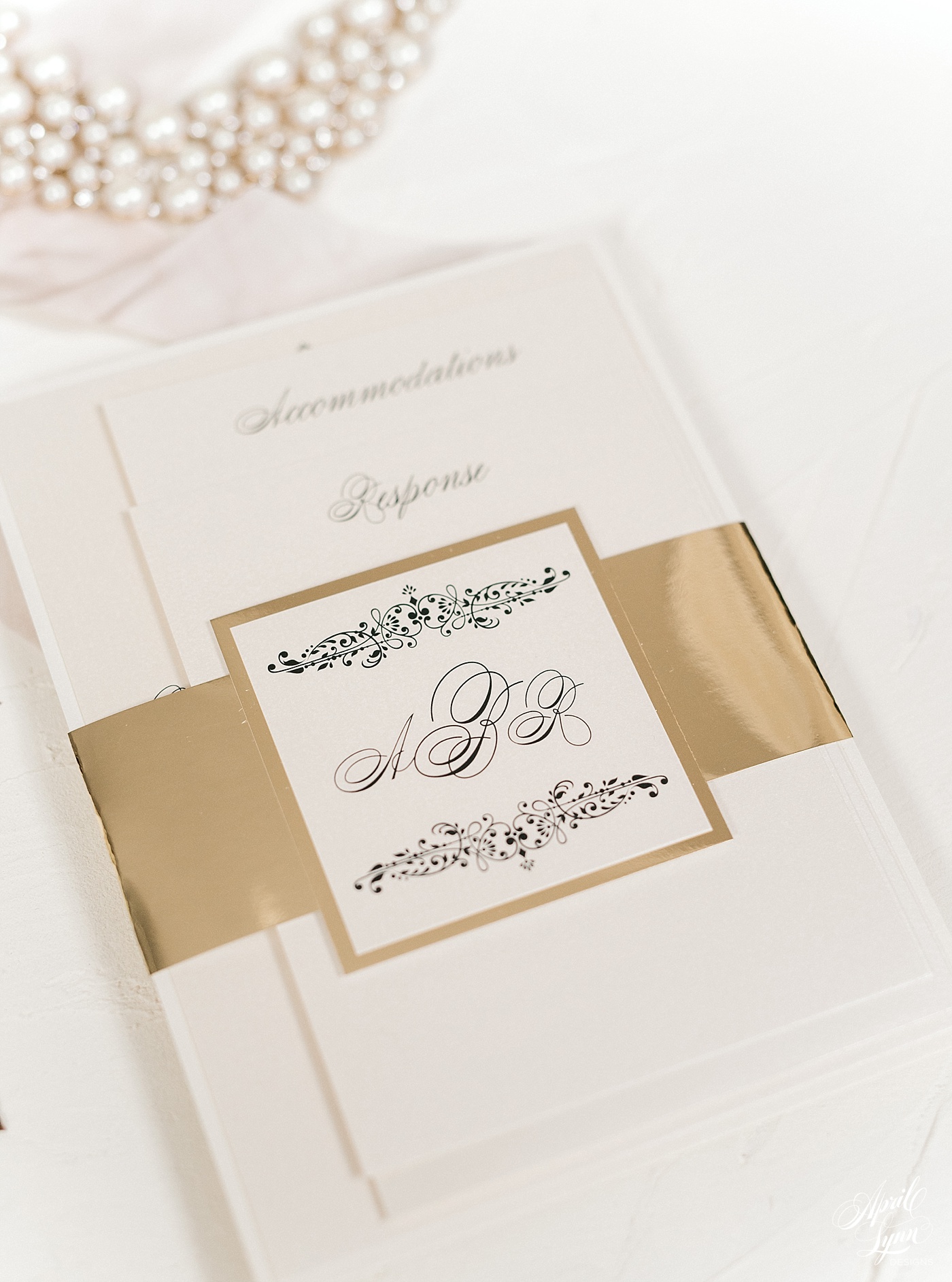 The triple letter monogram is where things get a little tricky! A few facts:

Pre-Wedding Events: A triple letter monogram can still be used for events for the bride (or groom), but in either case you would use the individual’s personal monogram. For events happening prior to the wedding, you would also want to use the bride (or groom’s!) maiden name. The betrothed’s new last name is always saved for the wedding day. The order of the monogram is most often first initial, last initial, middle initial.

Wedding Stationery: When used for a wedding day (i.e.: on save the dates, invitations, or wedding day stationery), the three letter monogram includes initials of the bride and groom’s first names, as well as the first initial of the groom’s last name. When the three initials are combined, the bride’s first initial appears on the left, the groom’s first initial appears on the right, and the initial of the couple’s new shared last name appears in the center. Just as the article mentions, do make sure you’re mindful or the potential words your initials may spell when paired together in this manner! 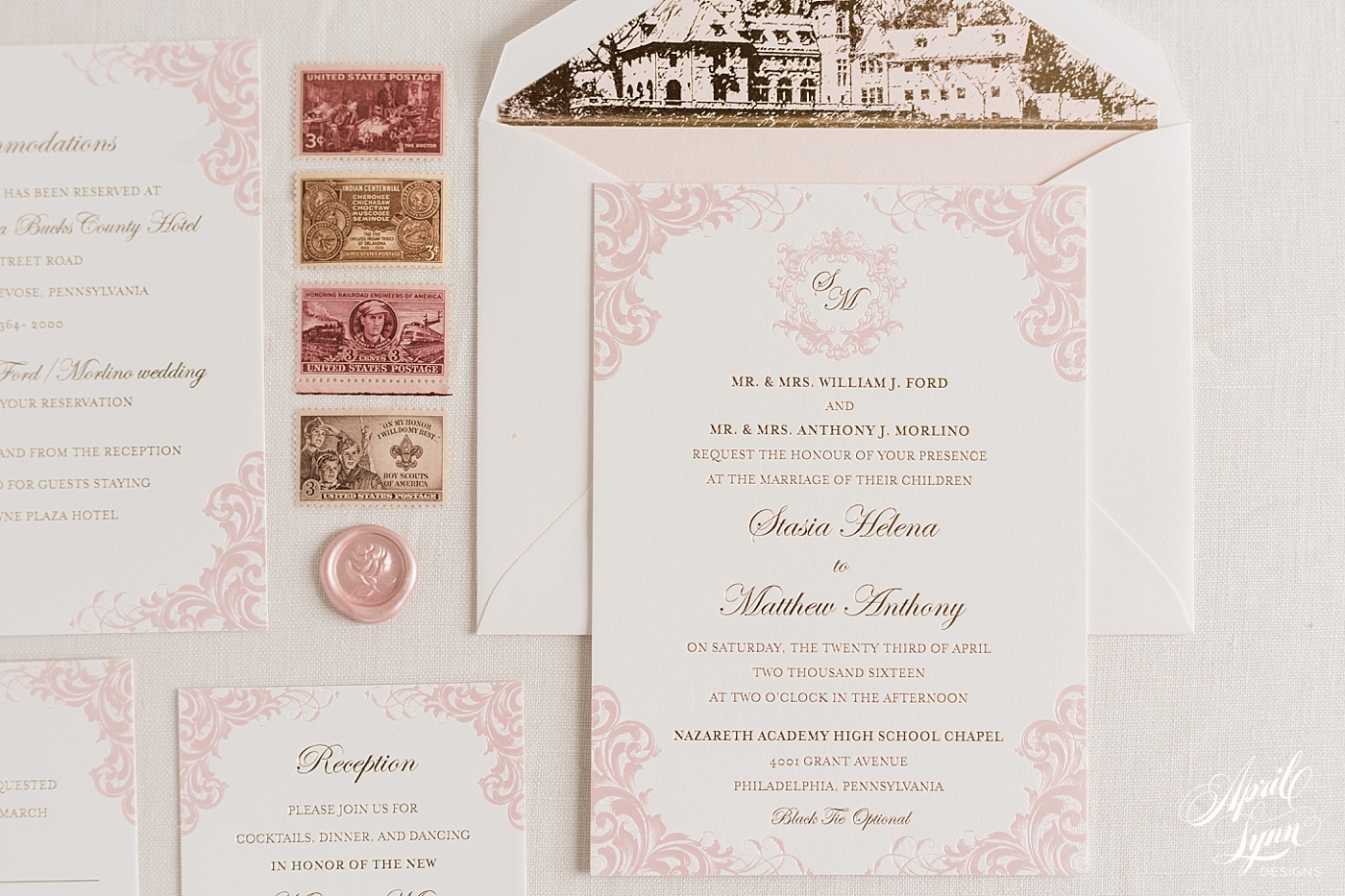 How to Use Monograms:

Like I’ve mentioned, monograms are a major go-to detail for many of my couples. They’re excited to share a last name, and their monogram is a way to celebrate their union. Of course, it’s also a perfect detail to use in multiple different ways. Here are a few ideas:

As the saying goes, if it’s not moving you truly can monogram it! How would you use your monogram before or on your wedding day? I would love to hear!